How true to life should fiction be?

Fiction on TV and in print usually reflects real life.

If you exclude some kinds of fantasy, you will probably find that most fiction writers try to make their stories depict life as it really is. However, we do allow some ‘poetic licence’to make a story more readable or watchable. Some people say that drama on TV is closer to real life than any ‘reality TV’ as the latter is so contrived.

What aspect of modern fiction is not real?

Most people have loved a lot of the recent dramas on BBC and some on ITV, especially Bodyguard. One of the few negative criticisms has been that Bodyguard and several others show women in important roles, such as home secretary and senior figures in the police. The critics point out that in real life there is still a lot of discrimination against women and that the successful ones are the exceptions. Most modern novels also show women in powerful roles, not just as victims or heroines to be rescued. I hope you like the way I dealt with my female characters in Accounting for Murder. What about ethnic minorities? Do provide feedback. 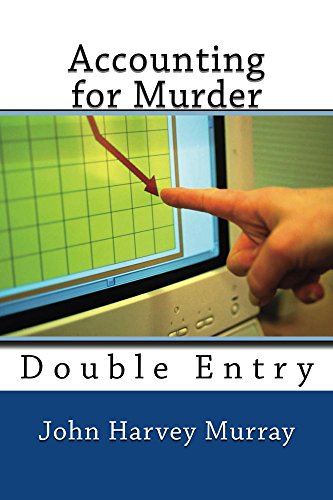 Accounting for Murder. Is this fiction realistic enough?

Why object to this kind of thing in fiction?

You might think that the complaint came from misogynistic males, who wanted to see women in their ‘proper place’, but you’d be wrong. The critics are mainly women who think it’s wrong to give young people the impression that the glass ceiling has gone away. You could think it’s now easy for women to rise to the top. This will lead to false expectations and thus severe disappointment. They want more dramas about women struggling to overcome prejudice. (It’s never easy for anyone to get to the top of anything).

This reminds me of the way black people have been depicted in fiction.

I remember the days when black actors complained that they were offered only roles which required a black person. These were usually in dramas about racialism. Of course, there have been some important books and films about the issue. However, black people complained that it gave the impression that they were always part of a problem. They were not just ‘people’. Lenny Henry once complimented Eastenders for allowing black characters to be involved in plots that had nothing to do with race. Others have expressed approval of the modern trend to show black characters in all kinds of roles. Some have played successful business people, politicians, professionals and police officers. That’s not fiction: they do exist, even if they are still the exceptions.

Can’t fiction help us see society at its best?

Showing women, black people or others in important roles can surely help encourage young people to be ambitious. They need not be defined by their sex or colour. It can also help everyone to accept social change. Nobody should think it odd to see a person in authority who is not a middle-aged, middle-class, white male.  It might also be good to remind some women and black people that not everyone else is a misogynist or a racist.

Society is changing. Let us writers play our part in hastening the change.