Temper? Bin it, don’t bottle it up

How is your temper coping with Lockdown?

If your temper is getting worse, you might find something useful in my last post about relationships in Lockdown. However, there is one thing I didn’t say. It’s something I learnt after many years of getting it wrong. It’s something I still have to work at, as I’m not always the most laid back person you could meet. Not that you’re likely to meet me or anyone else for a while, sadly. 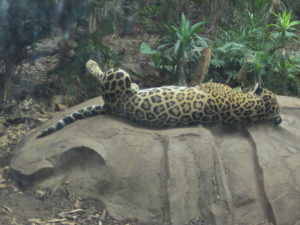 A jaguar looking chilled, but beware of his temper

.Why was my temper a problem?

I never wanted to lose it. I used to put up with a lot of things that annoyed me. That was the trouble! Like everyone, I’ve got my limits. Eventually that thing I was trying to ignore became too much and – oops! I lost it. Some people like to push you until you reach breaking point. For them, seeing you explode is a success. Of course, most people just do it accidentally, but it still has the same result.

How to tame a temper?

The better alternative to bottling it up is not to let it out. There are two other ways of responding.

Talking about it works best if:

As I said, sometimes the other person likes irritating you. But even where that’s not the case, they might not see why what they’re doing should annoy you. To them it’s normal, because we’re not all the same. I don’t want to listen to music when I’m working, or just thinking, but some people need it to help them think. Builders seem to need it all the time. You have to show that you care about them but need them to care about you too. Don’t give the impression you think you’re more important.

What’s timing got to do with it? It has been said that there is no such thing as the right word if spoken at the wrong moment. Don’t try to talk about your bone of contention when either of you is already stressed or busy. Wait until you can be calm and when you can both give it your attention.

If talking won’t help your temper, what will?

What I have learnt to do is to make a decision to let the thing go.That’s not to be a victim: it’s my choice! Think of wrapping up the annoyance and chucking it in the bin. Then leave it there: don’t go poking around in the bin and bringing it up next time. There isn’t a next time, because the last time no longer exists. You chose to bin it, remember? You pressed the Delete button.