Must God forgive you or can you do it?

Does anyone need to forgive you?

We all need to forgive one another frequently. I have written about this before. Don’t hang on to past hurts. Ask others for forgiveness: don’t leave them smouldering. You can also see from the Four Points and many other sources that forgiveness is at the heart of the Christian gospel. I was interested to hear one response recently from someone who thought it wrong for Jesus to die for our sins. He thought each of us should be accountable for his or her own actions. Why should God interfere?

Can you forgive yourself?

Sometimes you can be burdened with guilt, regardless of the reactions of other people. For me, at least, receiving God’s forgiveness is an important part of letting go of that guilt. If he can give me his forgiveness, surely I shouldn’t withhold it from myself? I am afraid my friend may be going through life bearing his own sins instead of getting rid of them. On the other hand, he may be unaware of how much he needs forgiving. We can be undersensitive as well as oversensitive to the wrongs we do to others.

Why does God need to forgive me?

The DIY approach can only get you so far. It ignores the fact that God is the one sinned against, usually as well as other people. Psalm 51 says, “Against you, you only, have I sinned.” Yet we know the writer, King David, had sinned against many people. He understood that sin is, at bottom, disobeying God, whether murder or eating forbidden fruit. The Four Points tell how God can deal with our sins only because Jesus has paid the price. Nothing you or I could do would ever be enough. That’s because we don’t see how serious it is. We can’t see it from God’s point of view. 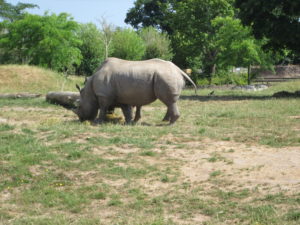 A rhinoceros may be oblivious to his sins. Will you forgive them anyway?

Do I want God to forgive me?

That depends on your attitude to God. If you don’t believe God exists, you won’t care about offending him. If he is just a remote concept, you probably won’t bother either. What if he is someone who cares for you, someone you relate to? Then you will want to be in a happy relationship, just as you want with everyone you care about.

How can God forgive me?

Do you think your sins are too bad to be forgiven? They’re not! Look again at the Four Points. Go to www.the4points.com  or speak to a Christian minister. All the Saints knew about sin and forgiveness. You’ll be in good company. 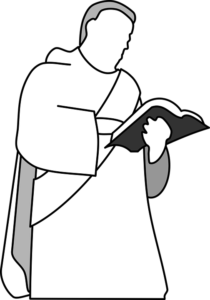 A priest with a bible. He may say ‘forgive us our sins’.