Is Remembrance Day a bad thing?

For many people, Remembrance Day is a fixture on the calendar, a part of our national life that they would miss if it were not there. It is obviously right to remember those who gave their lives for their country in two worlds wars and other conflicts. There are others who don’t get it, or just aren’t interested. They probably don’t mind if others want to remember, but it’s not for them. But a Bad Thing?

What could be bad about Remembrance Day?

For some people, it’s jingoistic or nationalistic, justifying war. I have to say that that is not the message I have ever actually heard during the commemorations, but that was an unspoken message I came away with.when I went along as a child to see the parades. It stuck. Even now, I find it uncomfortable at times, even though I agree with the words anyone spoke. I have never heard anyone say God was on our side, but sometimes people have seemed to imply that. I don’t find it easy to wear a poppy. 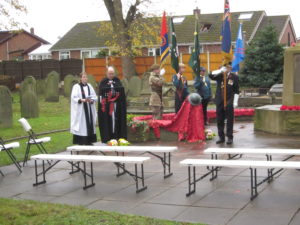 Is Remembrance Day too one-sided?

We commemorate the British and Allied servicemen and women who served but not those on the other side. Were they not also victims? Did they not also show courage, dedication and self-sacrifice?

Some people still hate Germans. They talk as if the War was still going on. This has appeared in some of the rhetoric and the metaphors used in the Brexit debate, but not only there. Not only is it long past the time to put all that behind us, but such attitudes focus on the wrong enemy. At the 50th anniversary of D-Day, the then President of France, Francois Mitterand, said he was celebrating not the defeat of Germany but the defeat of Fascism. Bravo!

Learn the right lessons from World War I

For all the talk there has been about the Great War in recent years, I have heard far too little about the lessons we should learn. I have written on that subject – not for generals but for businessmen and ordinary people. I want people to remember the right things.

So what’s my verdict on Remembrance Day?

Remember, certainly. Honour those who gave their lives. Learn the lessons. Work and pray for peace and reconciliation around the World. But don’t keep the War going in your heart. 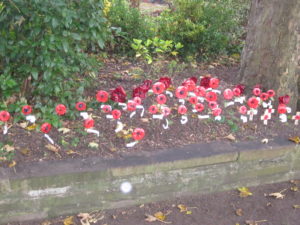