Posh people are a minority

Posh people are obviously a small percentage of the population by definition. They wouldn’t be posh if they were the same as everyone. However, when we think of minorities, we tend to miss out this particular group. We major on  BAME and LGBT groups. Sometimes people think of women as a minority, although numerically they are not, because they are often victims of discrimination much like those other groups.

Why worry about posh people?

Am I making much about nothing? Posh people don’t need looking after, as they can take care of themselves. Money buys most things, after all. As to discrimination – am I joking? Don’t they have inbuilt privileges to go with their sense of entitlement? Why not concentrate on those who are the victims of social (and often individual) injustice? I have written before about the shortcomings of the police, but not this kind. 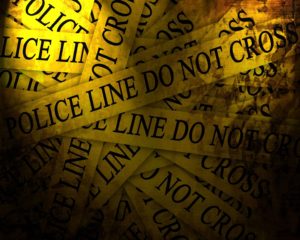 Do posh people get a bad deal from the police?

Posh people can be misunderstood

In the recent drama Show Trial we saw a posh girl wrongly accused of murder. Part of the story was that the police, the press and initially the court took a dislike to her due to her class. This was not helped by her unpleasant manner, showing superiority and a dislike of the police. This was reminiscent of the way black people are often treated, especially as they too often have an unhelpful hostile attitude to the police.

We all need to be careful about jumping to conclusions about anyone, especially to avoid allowing their class, race or whatever to blind us to the human being inside. This should be more important for the police and others in the justice system than for the rest of us, as their prejudices can err… prejudge things. But we all need to see beyond the label and to avoid letting that ‘something I don’t like about that person’ dominate our thinking. They might just be different, or have an unfortunate manner.

We should always treat individuals individually regardless of class, race, gender or anything else. In my book DOWN, the question of racial prejudice arises, but perhaps next time I should make a posh person the victim of reverse prejudice. However, there is still a good case for challenging the privilege that some enjoy unfairly. There is an even better case for progressive taxation to reduce the inequalities that have been widening in our society. Let’s just be fair!

In this the prejudice is not against posh people!