Is nostalgia the latest thing?

Nostalgia is still with us

Nostalgia is part of the appeal of a lot of books. I don’t mean historical novels as much as those about the recent past. People like books that remind them of their youth or of happier times. Perhaps times before the internet and mobile phones. Do you yearn for the days before Brexit or before we ever went into the EU? Criminals might like to remember the time before someone discovered DNA as I remarked in a recent post.

Nostalgia has a long history

You can find evidence of this in Sir Walter Scott, in Dickens and even Bill Shakespeare. A lot of people who wrote in the past, wrote about the earlier past. There was always a better time just gone – or long gone. I suspect that people living in the Golden Age did not see it that way, but how would I know?

Do I use nostalgia in my writing?

Not always. I set my first two novels in the Accounting for Murder series, Double Entry and Old Money , in the present. When I wrote the latest in the series, New Money, I intended it also to be in the then present, the Summer of this year, just as Wales came out of Lockdown. I had no idea how soon that time would become history. Now I look back on those few months and wonder where they went. Remember how we thought things were returning to normal? Although New Money is a murder mystery and bad things inevitably happen in it, it has optimistic feel to it, as had reality at that time. Perhaps you will feel nostalgic whenever you read it.

I have also written some older nostalgia

The setting of the other novel I wrote this year, DOWN, is in 1978/9, the Winter of Discontent. As its name implies, it was not the happiest of times, although I think some people considered it a time of optimism, as they hoped the strikes and social unrest would lead to better times. Similarly, some people, like some of the characters in the novel, hoped that racism in society, especially in the police and legal system, was going to end. There were other reasons I set the book when I did, as I explained in a post. There are certainly other reasons to read and enjoy it, as I said in another post, but for some people nostalgia may be part of its appeal.

Please let me know how you feel. Would you like my next book to be set in the present or the not-so-distant past? I write books about the more distant past under a pseudonym to avoid confusing readers. Does any particular decade appeal to you more than any other? Crimes have ben committed every year! 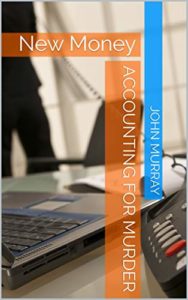