Gestures and gesture politics: what is it?

;Gestures’, ‘gesture politics’ and ‘virtue signalling’ are expressions Pretty Patel and others have used recently. They were commenting on people who had taken the knee at football matches. Such acts are obviously gestures! They are political in the widest sense, if you believe opposing racism is a political opinion. Such an act, like all gestures, is a signal, but does it signal virtue? It does if you believe opposing racism is a virtue.

Is gesture politics a good thing?

There are many ways of influencing others. Party politics, voting, demonstrations, involvement in pressure groups and simply word of mouth. Then there’s the written word: letters to the press, social media, posters, leaflets and even books. All the above are non-violent. I will not list violent methods lest you think I advocate them. In addition to all those things, there are various kinds of gestures: boycotts, messages on clothing, waving flags, turning your back, walking out and err… kneeling. I can’t see why gestures are inherently better or worse than any other approach.

It is possible that some people are more concerned about their image than the cause. How can we know? Does it matter? Are there hypocrites in sport? Are there any elsewhere? So what? I would rather think about the issue than the individual. When I see people wave Union Jacks, I cannot know if they are patriotic or what. I would never condemn anyone for such a gesture, although I doubt the sincerity of some. 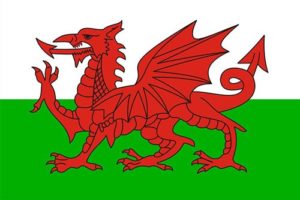 The Red Dragon. Displaying this is one of those gestures most Welsh people recognise.

Are gestures empty and meaningless?

I remember a time when Mrs Thatcher made that assertion regarding limited sanctions on South Africa. David Owen, then leader of the Social Democrats, pointed out that not all gestures are empty or meaningless. Signals and symbols can influence people’s thinking and therefore influence events. In religion, such symbolic acts are sometimes called sacraments. The definition of a sacrament is, “An outward and visible sign of an inward and spiritual grace”. There’s nothing wrong with that!

In the 1930’s, Queen Mary, the wife of King George V often dined with the officers of The Queen’s Hussars of which she was honorary colonel. On one ocasion, when someone called for a toast to the King, one officer was too drunk to stand up. The colonel (not the Queen, the real one) was furious. Queen Mary calmed him and said, “Let us all drink seated. My husband knows of that man’s loyalty. When it was displayed, it was not at a dinner party!” They have been toasting the monarch seated ever since. 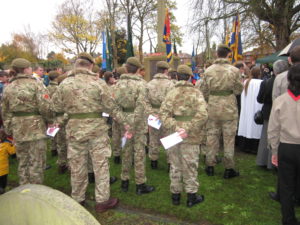 Should we avoid making controversial gestures?

Dante wrote in his Inferno, “The hottest place in Hell is reserved for those who would be neutral in moral conflicts”. I don’t know how Dante knew so much about Hell. I find The Screwtape Letters by C S Lewis more helpful. But I agree with Dante that sometimes we need to show our colours.

To find my views on culture wars, see my previous blog post.