How, when and where did I find faith?

I often write about faith.

Faith is the subject of a number of my blogs and is one element in my book, How to Cope with the Church, but I don’t say much about my own journey. That is because I think the important thing isn’t myself, but the things I believe. Anyway, your journey will be different from mine, because you aren’t me. God knows that. However, I am not hiding it, and if you want to know, here it is.

I found faith in Bristol.

I was a student at Bristol University. In my first year, I was surprised to find that many students went to church, voluntarily, even getting up early on Sundays and/or having an early tea to get to evening services. Right from the start, some tried to invite me to things, including Bible studies and chaplaincy groups. I ignored them, or thought I did.

There was a mission to encourage faith, and a conspiracy.

It lasted a week, but there was a lot of publicity beforehand, leading to a good deal of discussion all over the university for a long time. You could hardly ignore it. I kept finding people who I didn’t know were Christians talking about their faith. I felt I was the subject of a conspiracy. The strange thing was that a lot of these conspirators didn’t know each other, and most of them couldn’t conspire to catch a bus. There must have been some superior intelligence behind it.

Did I find faith at the mission?

Yes and no. Mainly yes. The No is because I didn’t make a decision then and there. However, during that week, I had lots of conversations and gradually wrote off several other options. It was like painting yourself into a corner. For me, the big question became, ‘Is Jesus the Son of God or what?’

I steadily  demolished all the arguments around each of these three options. This left me with an awkward choice: to ignore it all or to act on it.

My faith waited while I sat on the fence.

After the mission, I sat on the fence for a few weeks. I was aware that it could all be illusions, and I could waste my life believing in something that wasn’t true. How could I be sure? At this point, one of the conspirators, one of the quietest of them, learnt how I was feeling and handed me a magazine that had reprinted two letters from several years before. They hit the nail on the head.

From fence to faith.

One was from a student who expressed the same misgivings I was having. The other was from C.S.Lewis, whose main point was that you couldn’t prove God without taking a chance, just as you can’t swim without getting into the water to see how you float. He also said that to turn away was to risk the equal and opposite fate of living as if God didn’t exist, when he actually did. You have to take a chance. There was a third letter, from the student, to say he had jumped into the dark and landed in the light. So did I.

Was that the end of my journey of faith?

No. It was the beginning. Or so I often thought. Now I see other steps on that journey, starting long before. There were many more ahead. 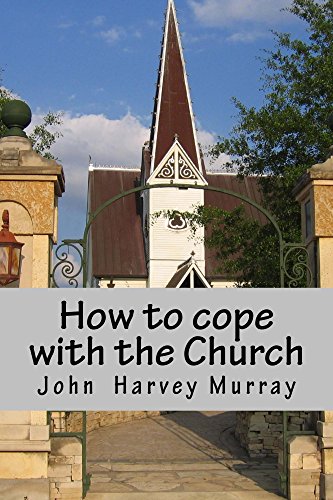